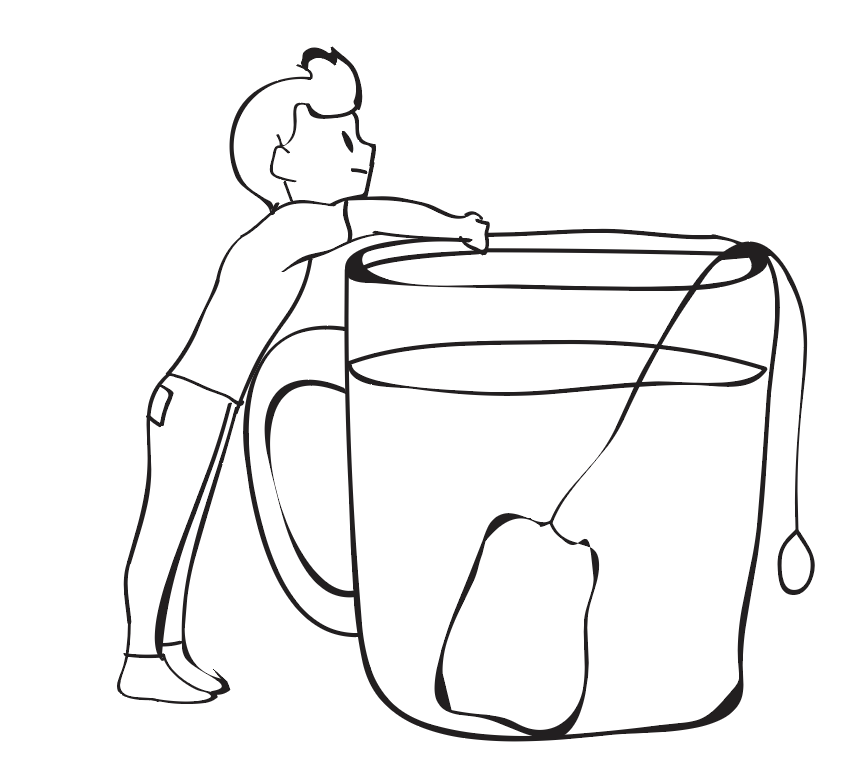 Have you ever heard of the Uniqlo app?

This was one of the projects I worked on while I was in General Assembly's bootcamp. The brief was to redesign an app of our choosing. I worked in a group of 3 and we collectively chose the Uniqlo app for the project because of the negative ratings it got on the App Store. We found it odd that a brand which was known for their efforts in placing customers first had such horrible ratings for their app. This project was completed over a span of 11 days.

After conducting a number of interviews, the main consensus that we got were that:

Most of our interviewees frequently shop at Uniqlo however, most have commented that they have never used the app to shop. The people who have used the app highlighted that they are only using it for the loyalty program.

We attempted to break down the reasons behind that and narrowed it down to three main issues:

With these findings in mind, we set out to figure out what can be done to motivate people to use the app.

What did we do with the information we gathered?

We decided to focus our efforts on figuring out what features would entice people to use the app. Our results showed that people would rather visit the Uniqlo store than use the app. However, people were enticed by the loyalty program on the app and that was a motivating factor for them to download it.

We decided to focus on the "low effort" and "essential" features which were:
1) A feature to allow users to check whether the item is in stock in the store
2) An option to make a reservation and try the item in the store 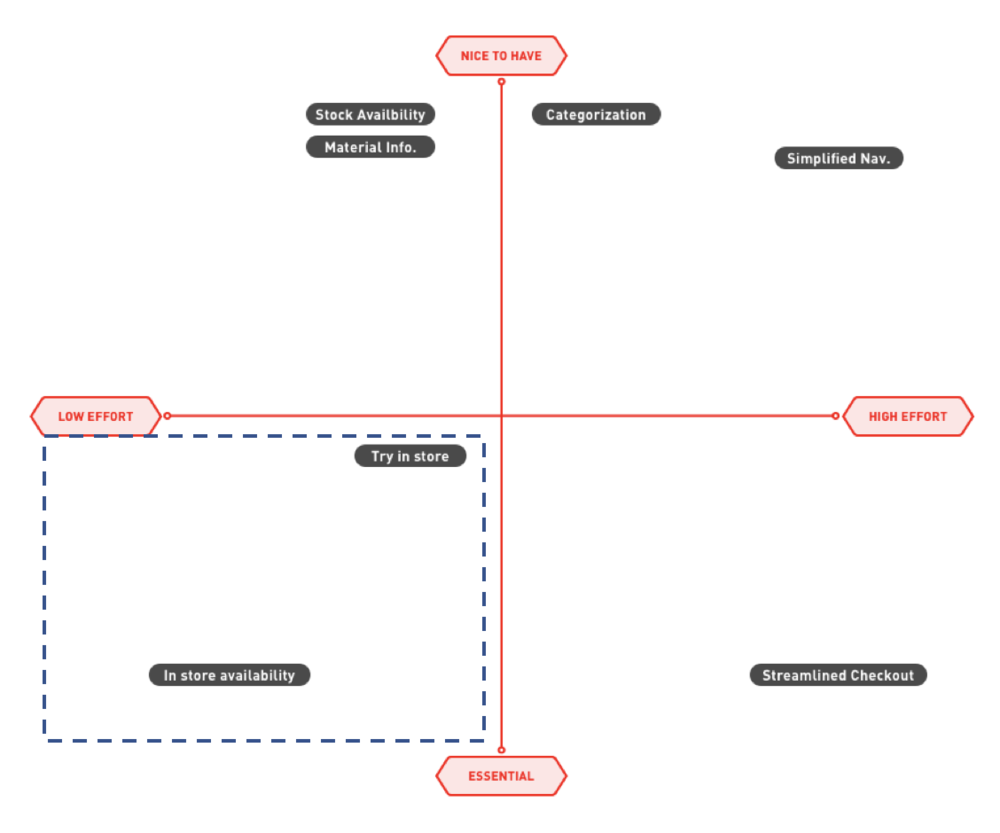 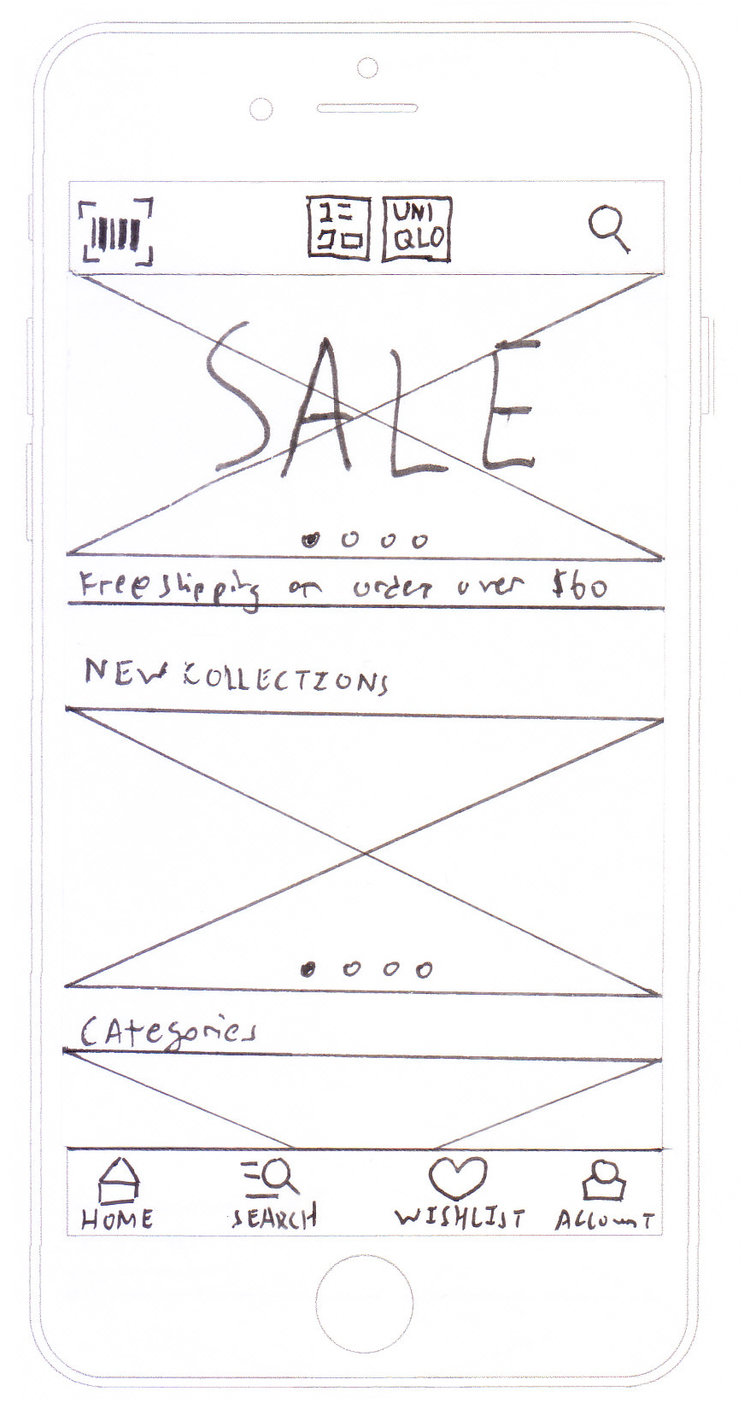 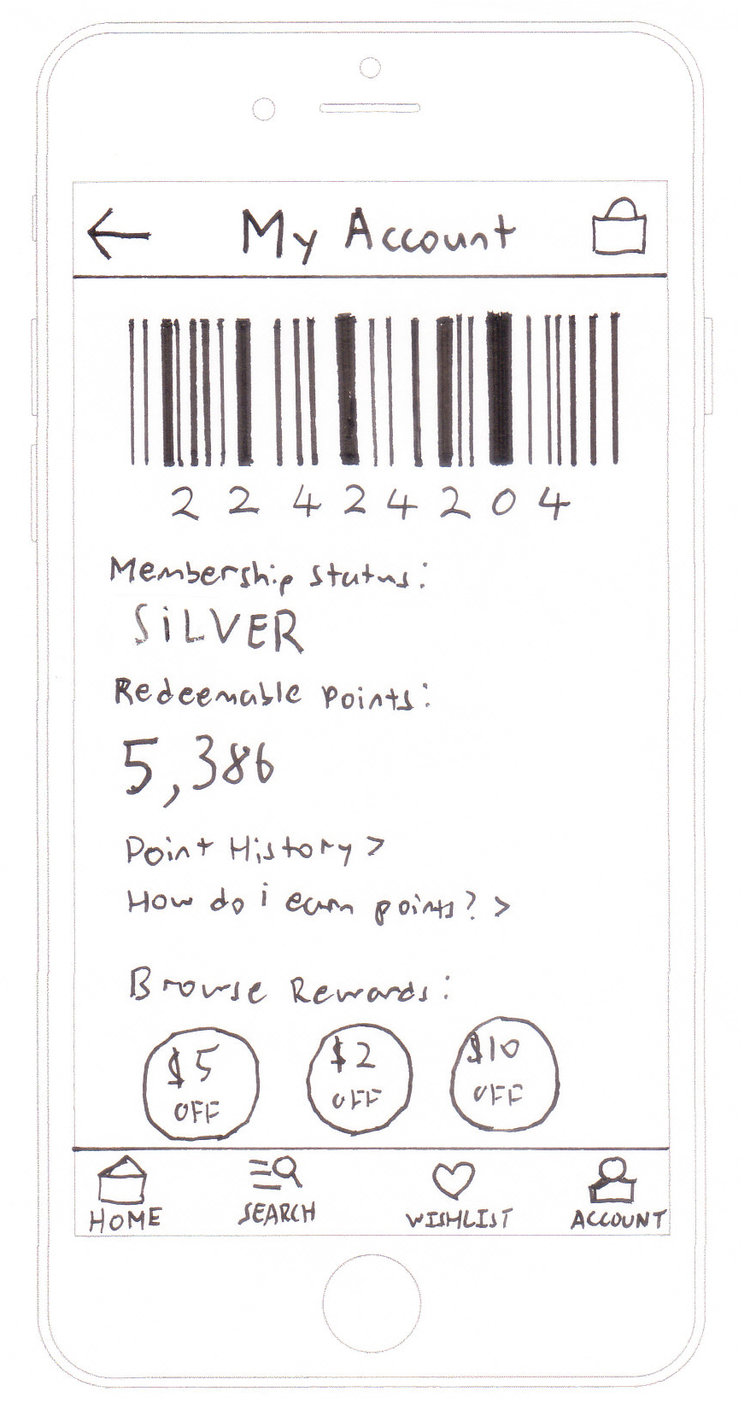 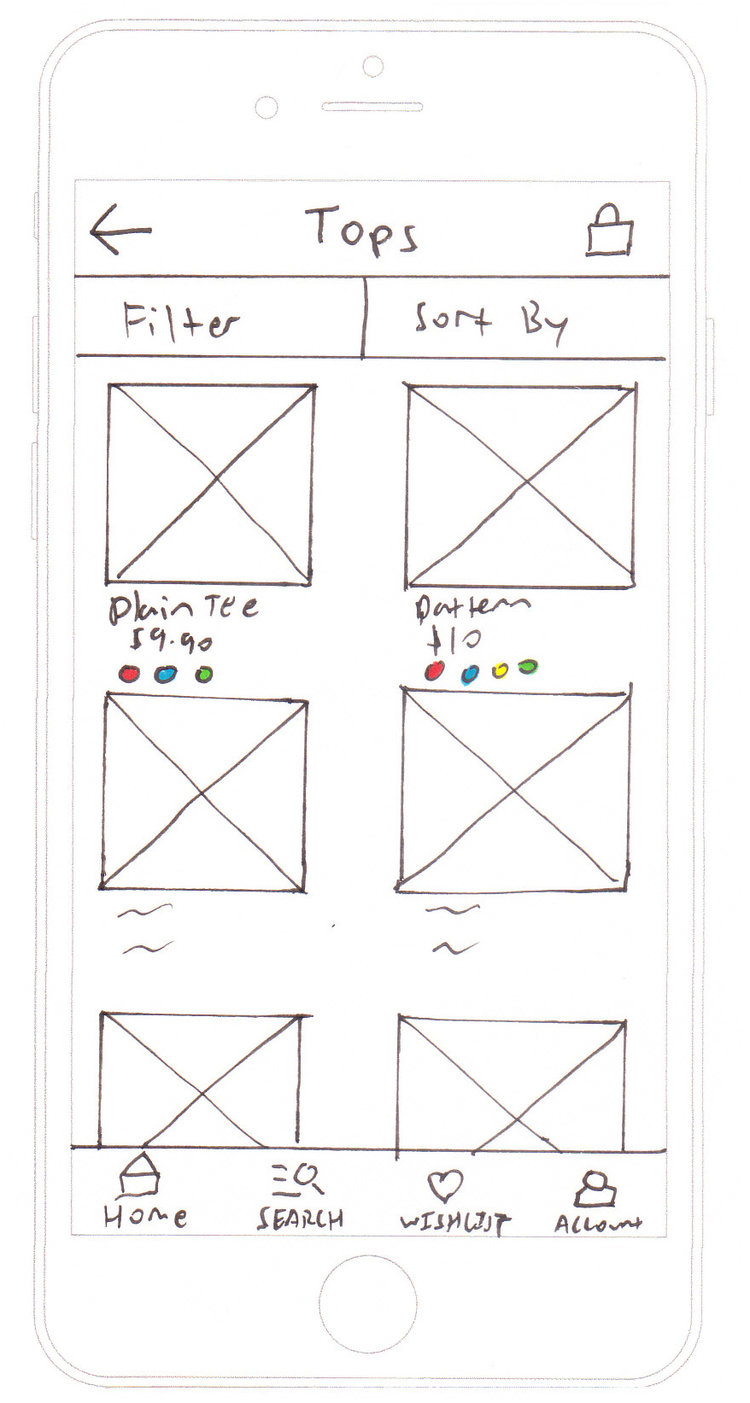 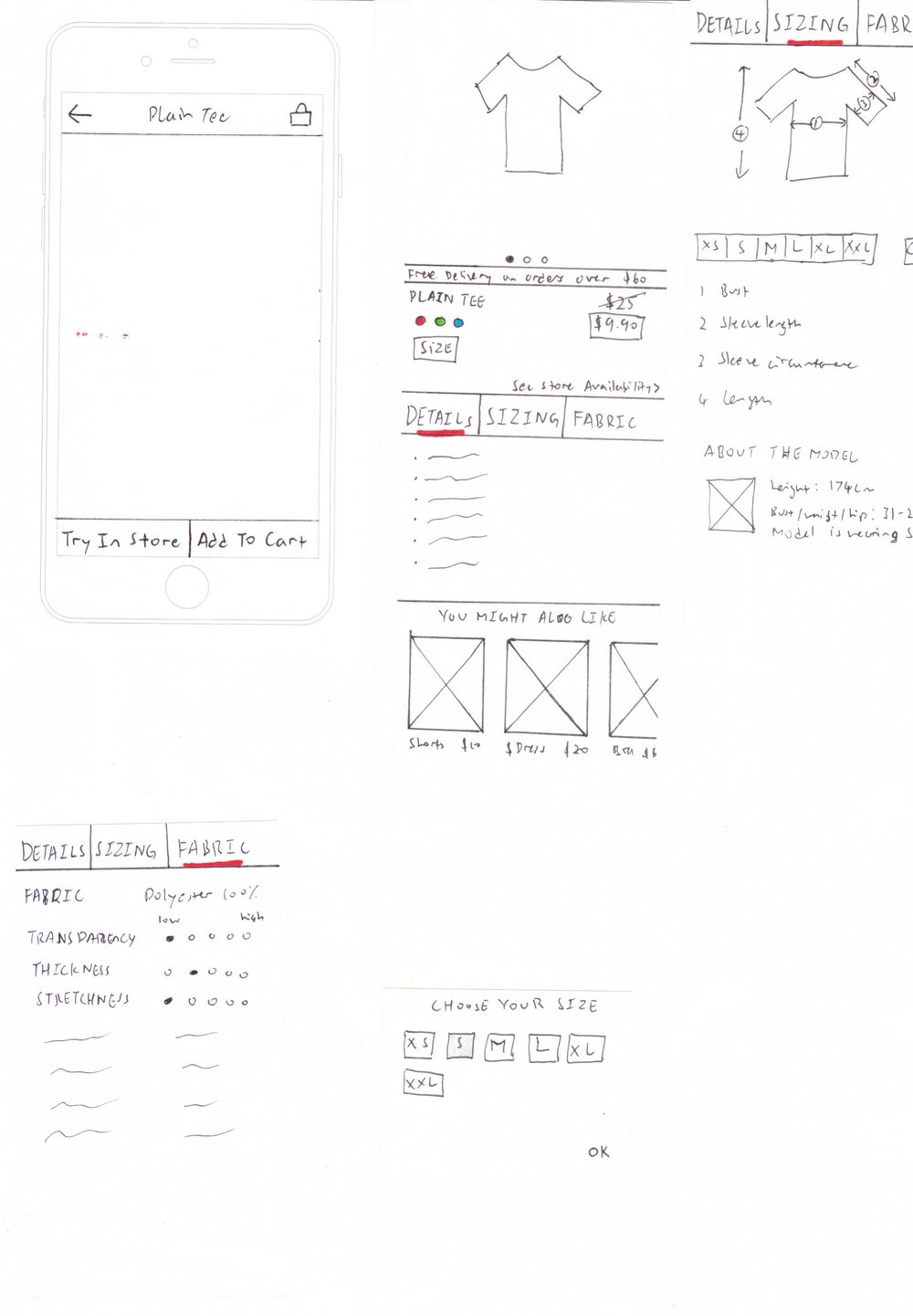 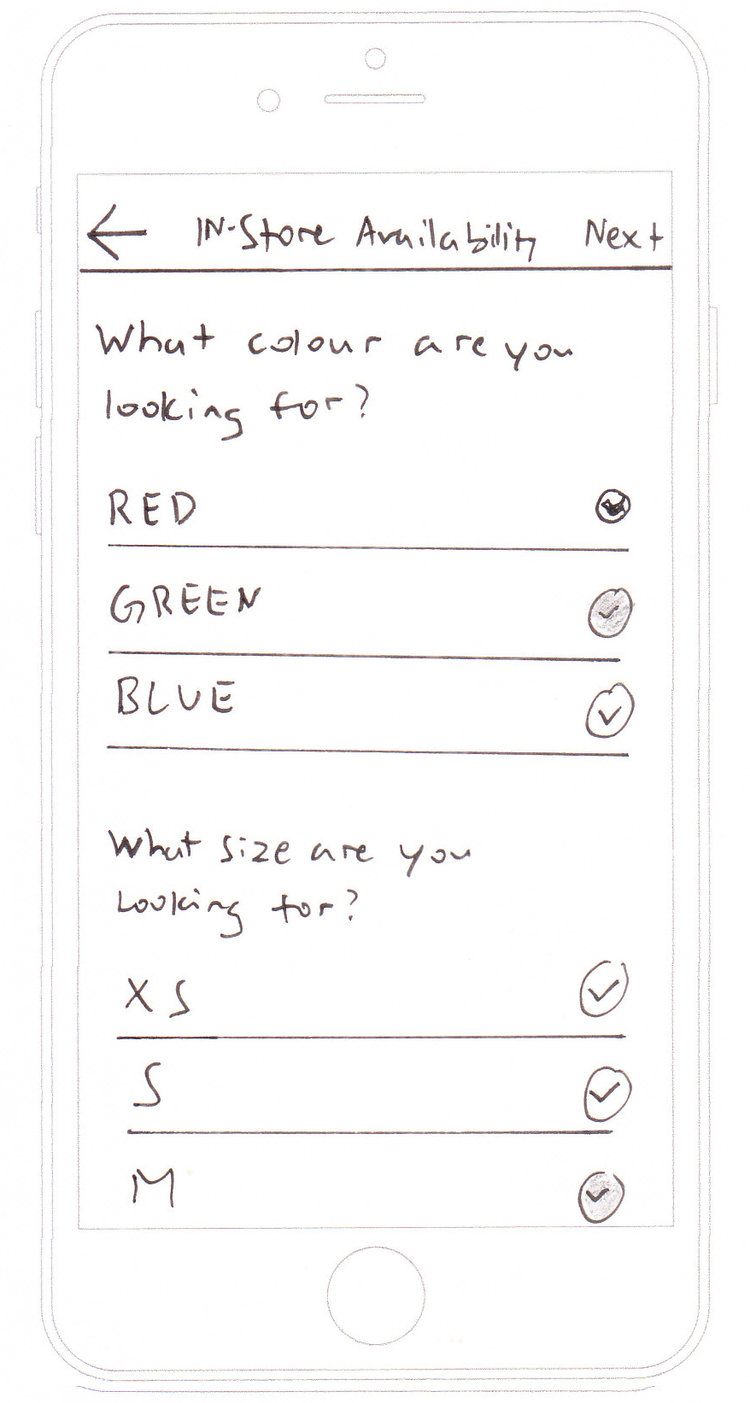 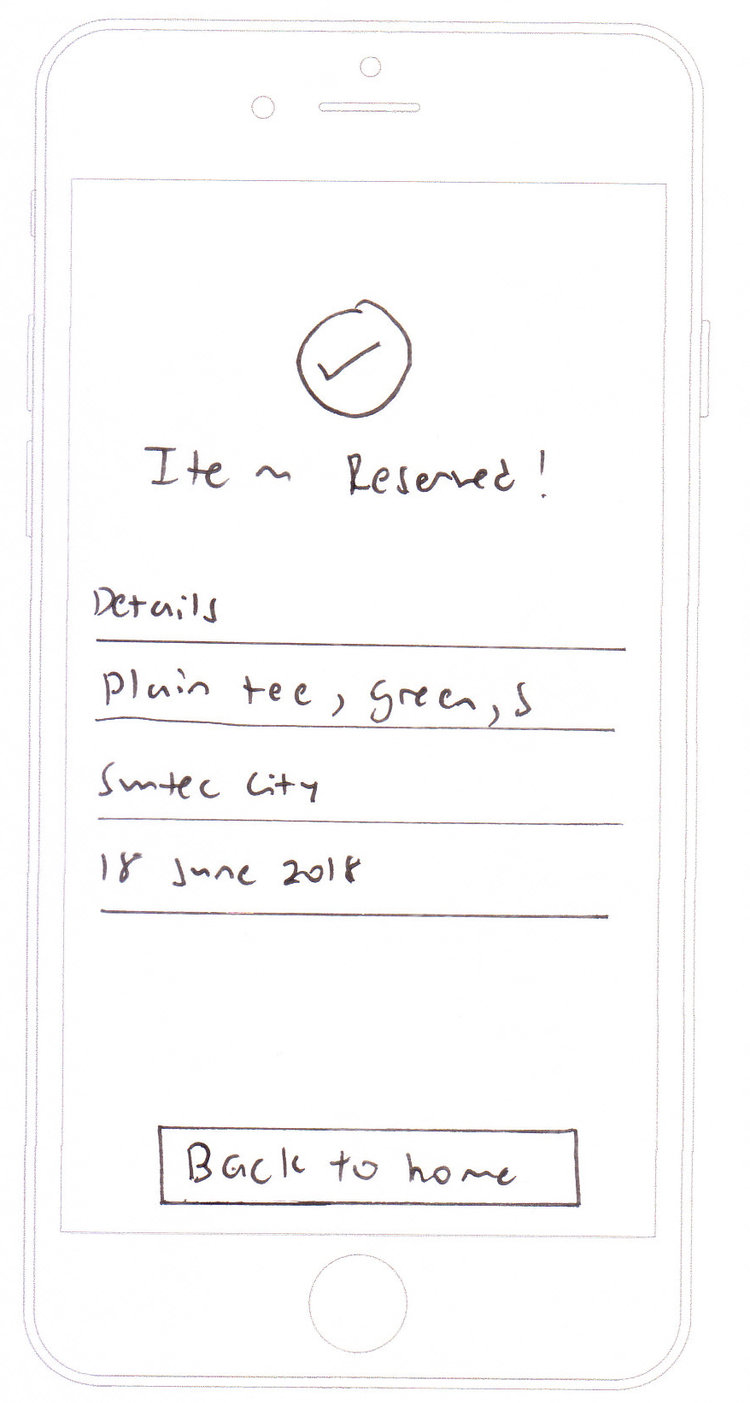 We used the wireframes to conduct our first round of usability tests before creating our hi-fidelity prototype. This helped us identify any major problems before moving to the next phase. We gave our users the task of making a reservation for an item and the tests were conducted without a hitch. The results from the testing were positive and it gave us the confidence to move on and produce a Hi-Fidelity Prototype.

Revisions made to the idea 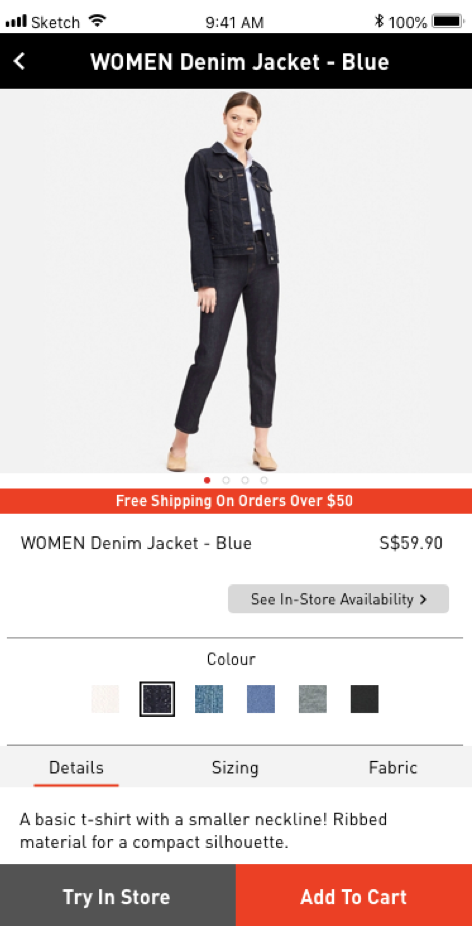 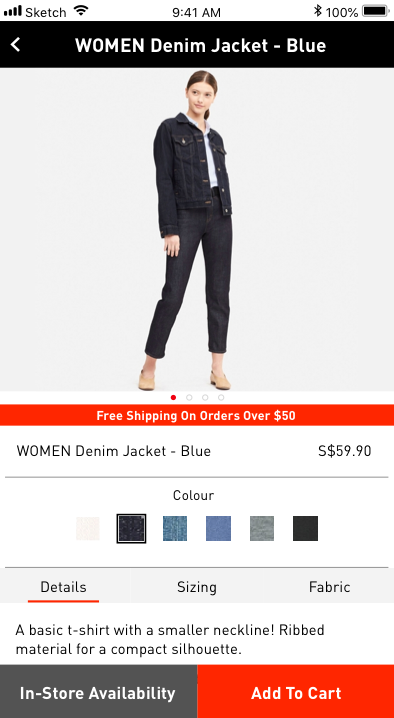 We went out to the Uniqlo store to test out the design of our app. In version 1, people did not notice the "see in-store availability" option because it was not outstanding enough.

In version 2, we made the words "see in-store availability" as a button in an attempt to make it more obvious. While people started to notice the button, it created a new issue - they were now confused between the CTA's “Try in Store” and “In-store Availability” as they felt that the meaning behind both CTA's are the same.

The final product - how does it work?

There are three features which are implemented to entice users to use the app:
‍
1) Loyalty points: a rewards system whereby users would be gifted with promotional codes as a reward for their consistent patronage
2) In-store availability: allows users to easily check whether the item they are interested in is in store in a store of their choice
3) Reserve and try item in-store: lets users reserve the item and head down to the store to try it on before committing to the purchase

The idea of allowing people to reserve an item and try it in store is definitely interesting however, I am more than aware of the limitations and possible reasons why this will never get implemented. The logistics and processes that need to be implemented to make this system work will be a daunting task. However, I do hope that this was useful as a thought exercise on how we can improve the existing online shopping experience. 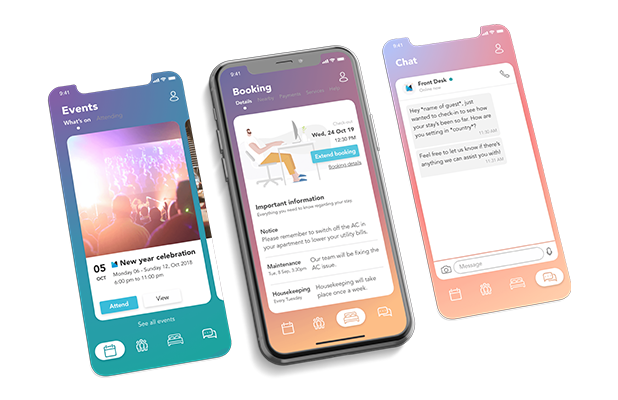 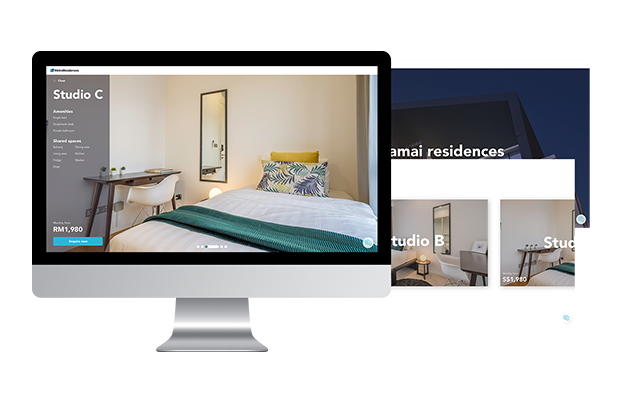 Scaling down the product page for new markets. 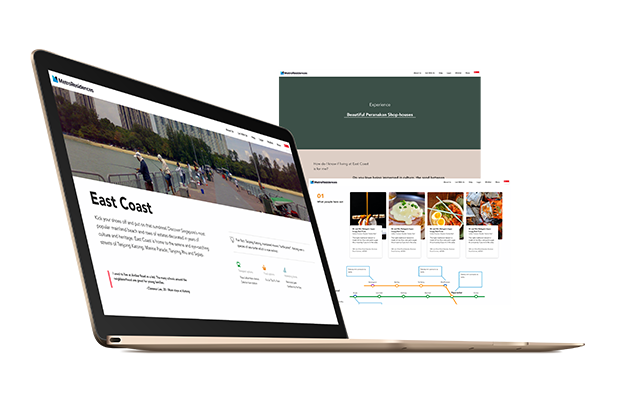 A showcase of various projects that i've worked on at Metroresidences.